Tenets of Tae Kwon Do

The tenets of Korean Martial Art Tae Kwon-Do serve as a guide for all serious students of Tae Kwon Do and beyond.

Treat others with the respect that you expect to receive yourself.  If you do treat other people with respect and courtesy and you will receive it in return. Tae Kwon-Do students should attempt to practice the following elements of etiquette.

Integrity is honesty, but not just with other people. More importantly integrity is more about being honest with yourself. Integrity is the ability to be truly honest, truthful and trustworthy without compromise. In Tae Kwon-Do, the word integrity assumes a looser definition than in a dictionary. One must be able to define right and wrong and have the conscience, if wrong, to feel guilt.

Listed are some examples where integrity is lacking.

Perseverance is about not giving up. When asked to do a task, do not fall at the first hurdle or put false impediments in the way. Perseverance is about doing everything within your power to achieve the desired result and to keep practicing until you get it right.  Certainly, happiness and prosperity are most likely brought to the patient person.

To achieve something, whether it is a higher degree or the perfection of a technique, one must set his goal and constantly persevere.  One of the most important secrets in becoming a leader in Tae Kwon-Do and in life is to overcome every difficulty by perseverance.

Where would we be without self-control? This tenet affects many things that we do and in martial arts it is vital. This tenant is extremely important both inside and outside the do-jang, whether conducting oneself in free sparring or in one’s personal affairs. A loss of self control in free sparring can prove disastrous to both student and opponent. An inability to live and work within one’s capability or sphere is also a lack of self control. Self-Control is about making sure you stay within the rules that life lays down to ensure that you remain healthy, happy and safe.

Indomitable Spirit is about having the courage of your convictions. A serious student of Tae Kwon-Do will at all times be modest and honest. If confronted with injustice, he will deal with the belligerent without any fear or hesitation at all, with indomitable spirit, regardless of whosoever and however many the number may be.

“Here lie 300, who did their duty”, a simple epitaph for one of the greatest acts of courage known to mankind. Although facing the superior forces of Xerxes, Leonidas and 300 Spartans, at Thermopylae, showed the world the meaning of indomitable spirit. It is shown where a courageous person and his principles are pitted against overwhelming odds. 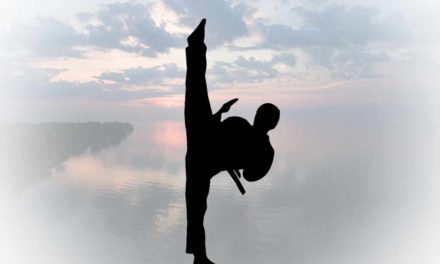 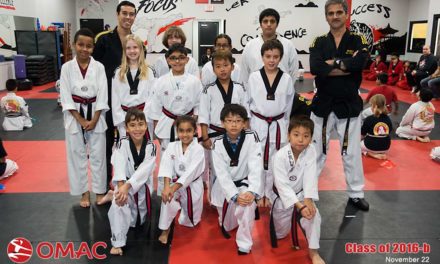 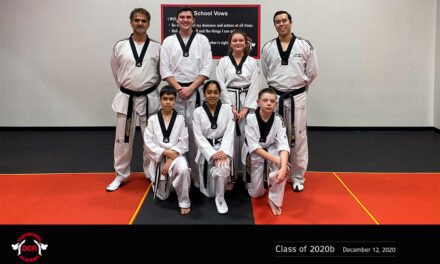