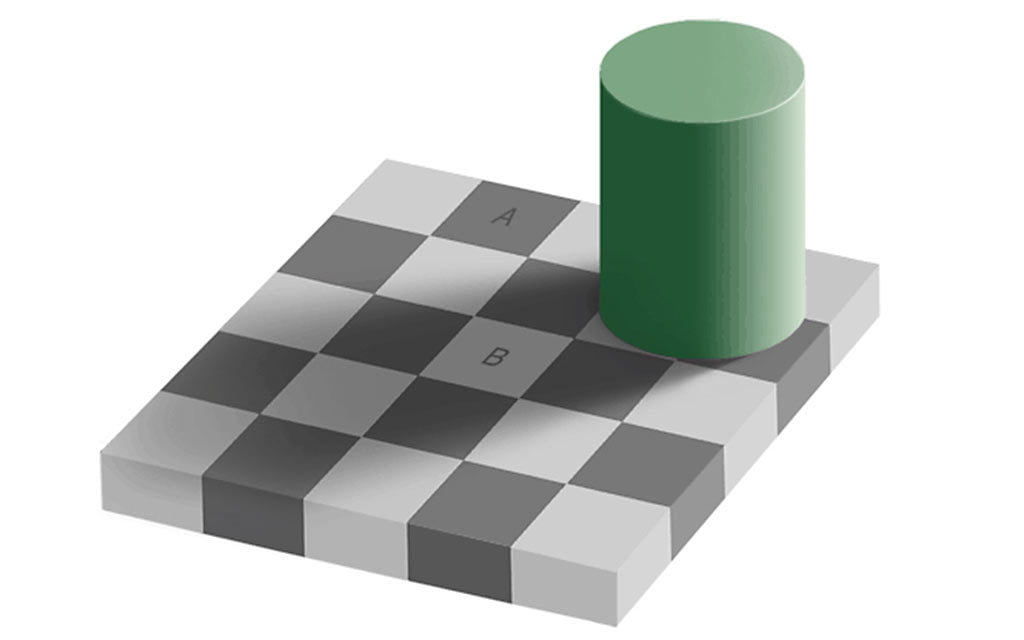 Here is one of the best optical illusions I have ever seen. EVER!

It is incredible to me how our mind, given the right circumstances, can play such games to us!

This example goes miles to tell us that what we see is not always what we get!

The squares marked A and B are the same shade of gray, yet they appear different.

As shown below, there is absolutely no photoshop or any other technical trick here!

Once we join the squares marked A and B with two vertical stripes of the same shade of gray, it becomes apparent that both squares are of the same color/shade.

If you are still not convinced, simply open the photo above in Photoshop, and examine the squares with the color picker. You will be astonished to discover that squares A and B are both color code #787878.

The first trick is based on local contrast. In shadow or not, a check that is lighter than its neighboring checks is probably lighter than average, and vice versa. In the figure, the light check in shadow is surrounded by darker checks. Thus, even though the check is physically dark, it is light when compared to its neighbors. The dark checks outside the shadow, conversely, are surrounded by lighter checks, so they look dark by comparison.

A second trick is based on the fact that shadows often have soft edges, while paint boundaries (like the checks) often have sharp edges. The visual system tends to ignore gradual changes in light level, so that it can determine the color of the surfaces without being misled by shadows. In this figure, the shadow looks like a shadow, both because it is fuzzy and because the shadow casting object is visible.

The “paintness” of the checks is aided by the form of the “X-junctions” formed by 4 abutting checks. This type of junction is usually a signal that all the edges should be interpreted as changes in surface color rather than in terms of shadows or lighting.

As with many so-called illusions, this effect really demonstrates the success rather than the failure of the visual system. The visual system is not very good at being a physical light meter, but that is not its purpose. The important task is to break the image information down into meaningful components, and thereby perceive the nature of the objects in view.

Protected: Voice recording – call to Jeannie from a job prospect 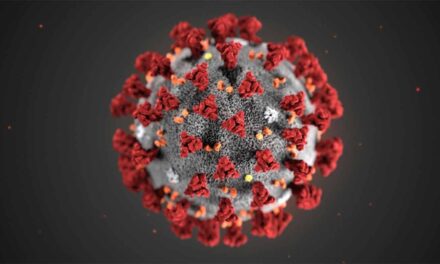